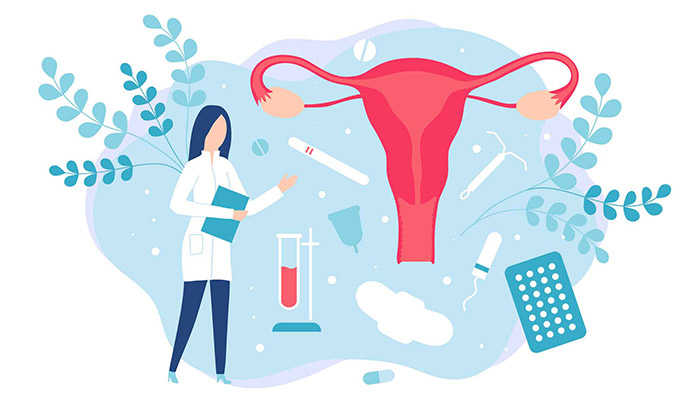 Though many gynecological problems are common, they aren’t something to ignore. When symptoms arise, they can be uncomfortable or downright painful. In some cases, it could even be life-threatening or affect one's ability to conceive, and safely birth children. It’s important to know what symptoms to look out for, so you can seek proper care.

If you have an abnormally long, painful, or bloody period, then you should see a healthcare professional right away. These could be symptoms of uterine fibroids or polyps, which in some cases may resolve on their own. On the other hand, these symptoms could be pointed to more serious and time-sensitive concerns such as uterine cancer or precancerous lesions.

It’s also possible to not menstruate at all. Missing one or more periods is called amenorrhea. Causes of this condition range from high-stress levels to a chromosomal abnormality. Not all missed periods indicate an underlying illness, however. Birth control, pregnancy, menopause, and other medication side effects could contribute to an absent period. Your doctor can determine the cause and determine whether treatment is necessary.

Recurring pelvic pain can be a symptom associated with various health issues, and these issues can range in severity and associated risk. The two most common causes of pelvic pain are fibroids and endometriosis, and both require visiting a doctor to diagnose and treat.

Fibroids are small, non-cancerous growths that around 20-25% of women will develop. If they’re large enough, they can cause problems beyond pelvic pain, such as heavier menstrual bleeding and infertility.

Endometriosis happens when the shed lining of the uterus grows outside of the uterus but still reacts to the menstrual cycle by breaking apart each month. Aside from being painful, this can lead to scarring and possibly infertility issues.

A white, cloudy discharge is common, normal, and even healthy. However, various underlying problems can lead to abnormal discharge, as well as discomfort and an odor. The most common is a yeast infection, which is usually treatable; however, yeast infections or similar symptoms can come from more severe sources, such as a sexually transmitted disease.

Polycystic Ovarian Syndrome, also known as PCOS, is a common disorder, especially for younger girls with stressful or sedentary lifestyles, and is caused by excessive testosterone production in the ovaries. Symptoms include acne, hair growth, obesity, amenorrhea, and infertility, as well as an increased risk of diabetes.

If you believe you have any of these common gynecological problems, please consult a professional OBGYN immediately.